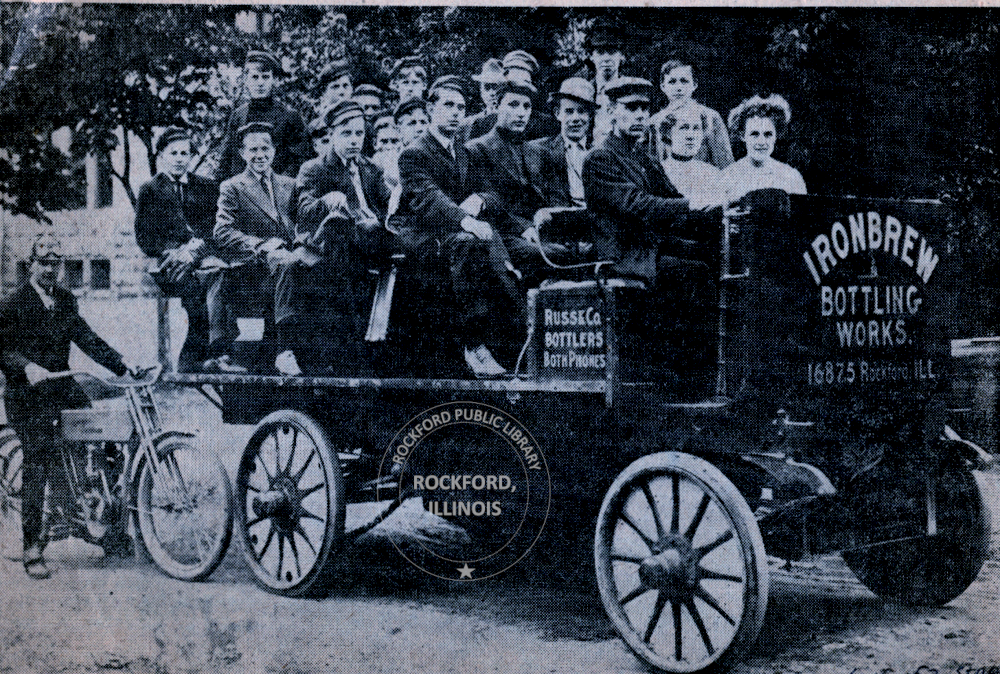 The Ironbrew Bottling works owned the first gasoline driven truck in Rockford-a two-cylinder Rapid dated 1906. Members of the old Maroon baseball team are passengers in the truck, among them Hal Carlson, later a big league player, and Hilding Nelson, who played with the Three-I league. Everett Russ, son of E.T. Russ and part owner of Russ and company, is in the driver’s seat, and beside him is his sister Gertrude, now Mrs. Theodore Nells, 315 N. 3rd st. The first Harley Davidson motorcycle in Rockford, pictured at the rear of the truck, is manned by Carl Bladstrom.