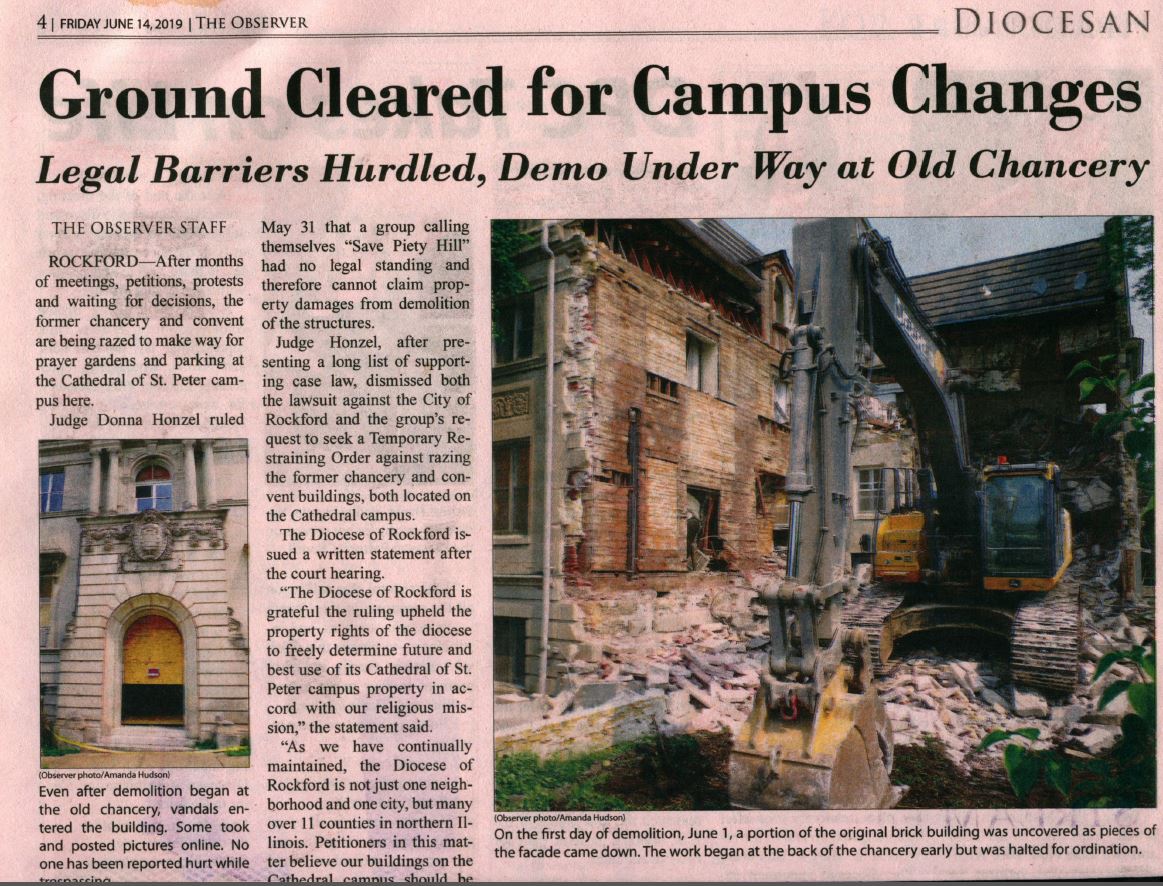 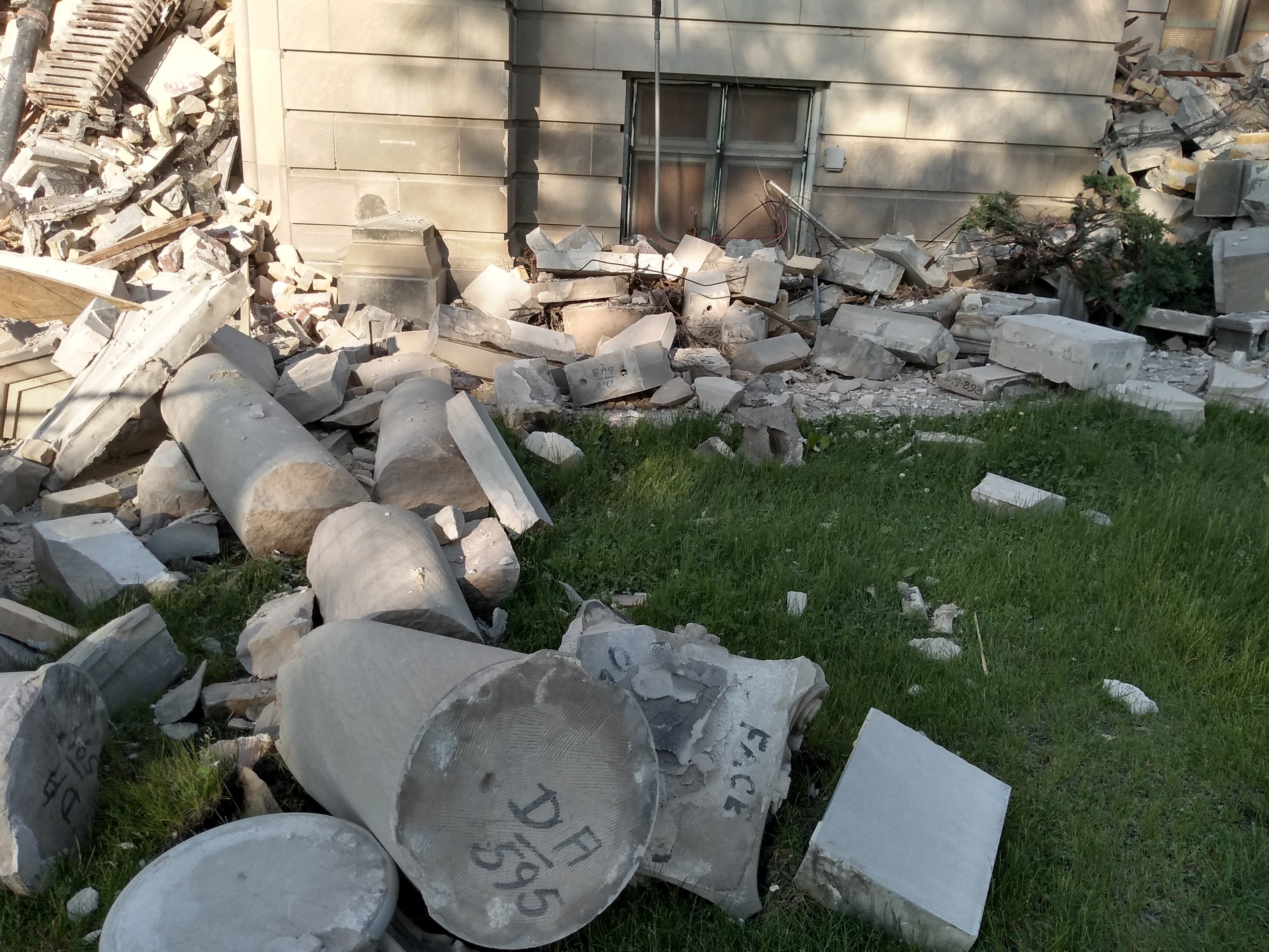 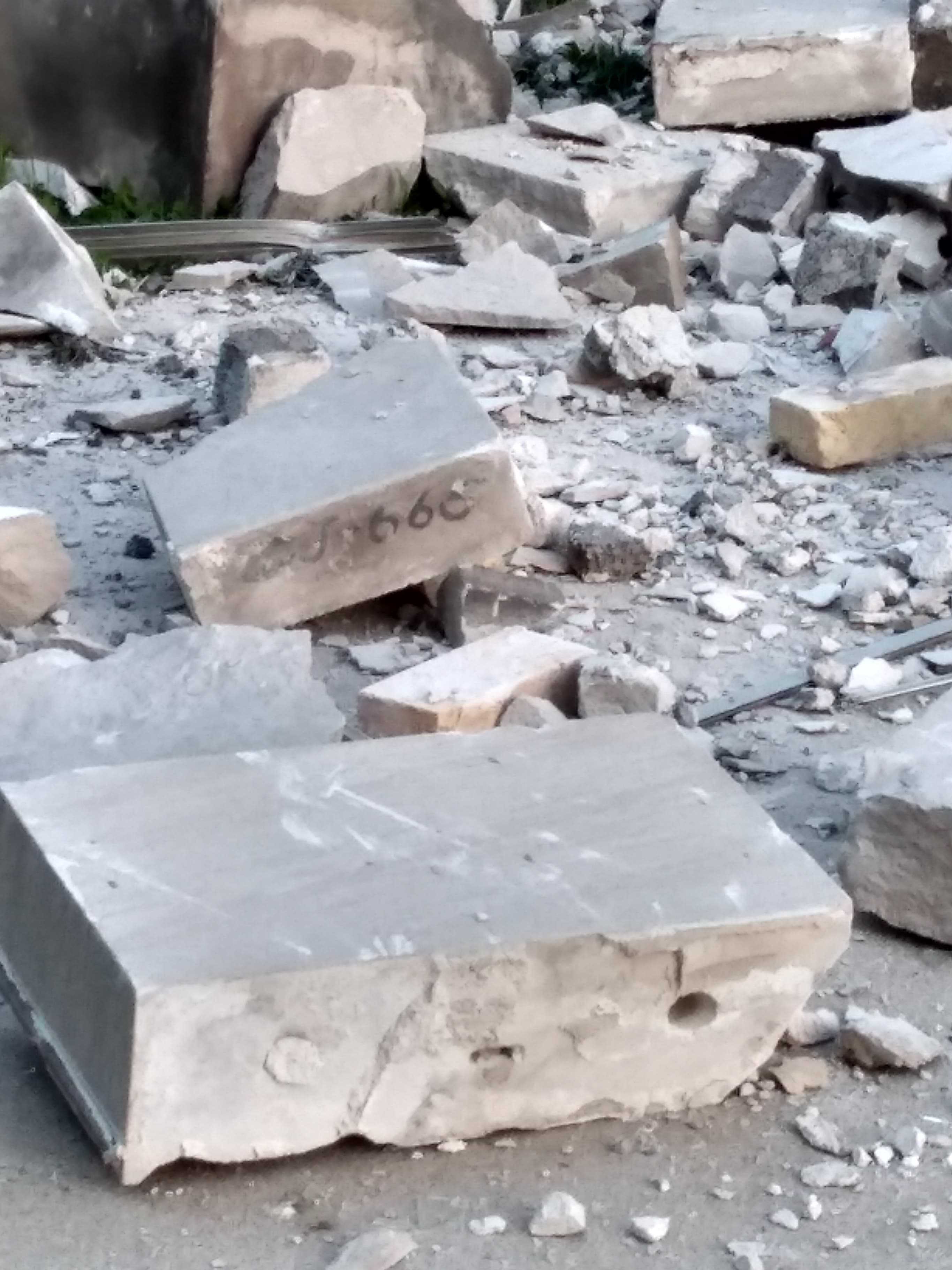 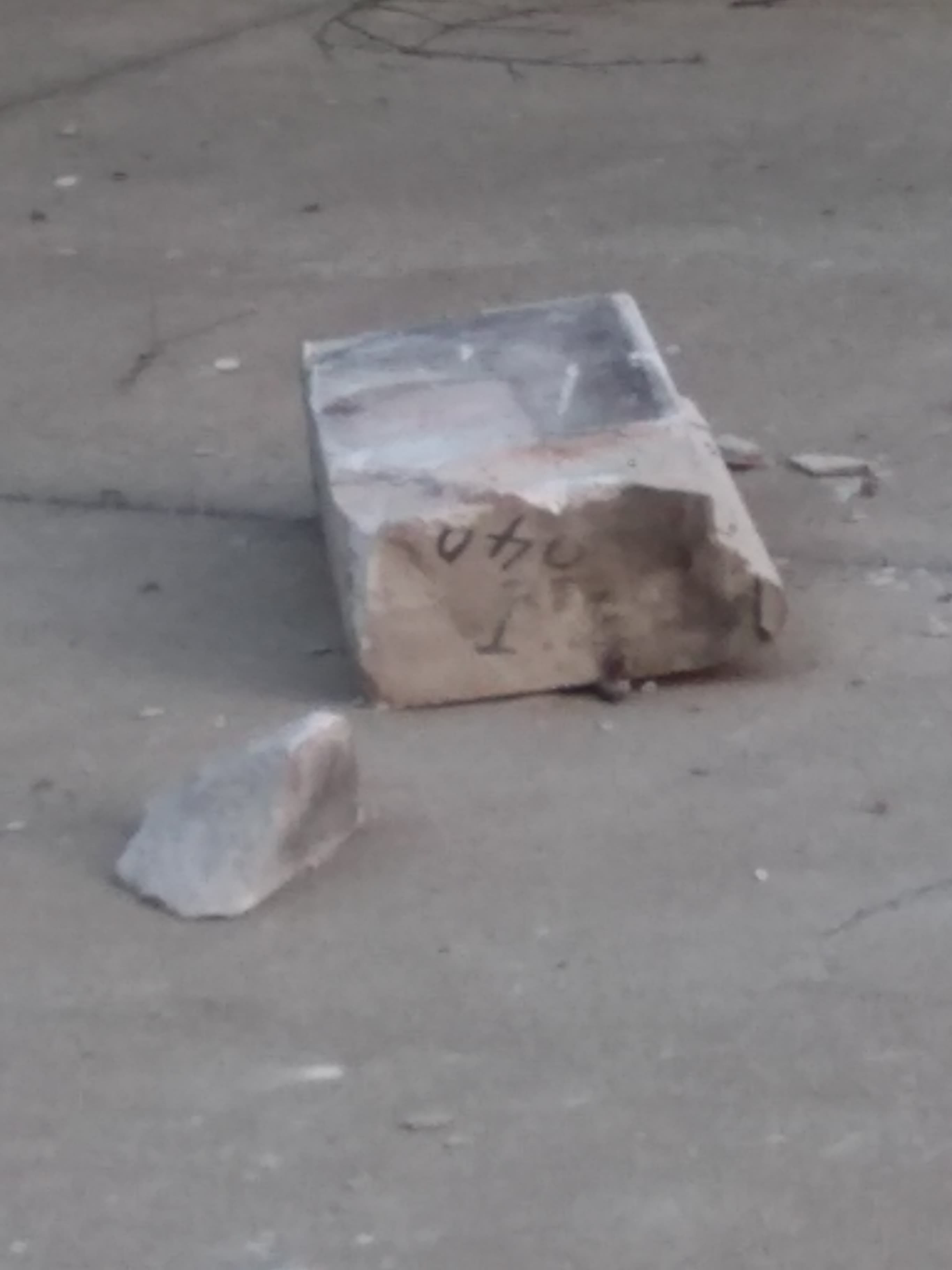 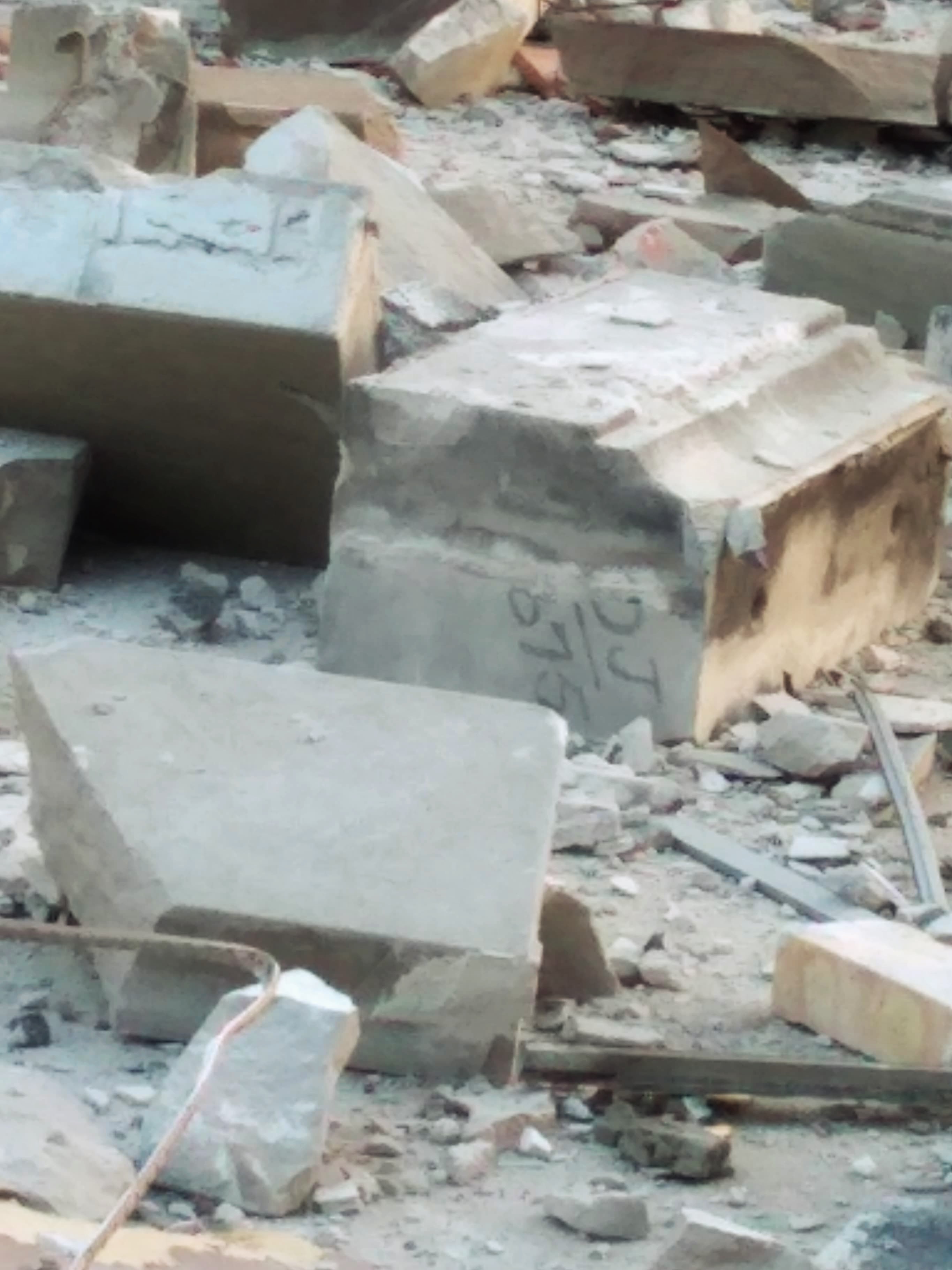 Photographs as the former Chancery office of the Rockford Diocese was being razed. Note the numbers on the original  stones, so the builders would have known how to stack them in the correct order. Source: Photos by Marie Barcelona, June 5, 2019. 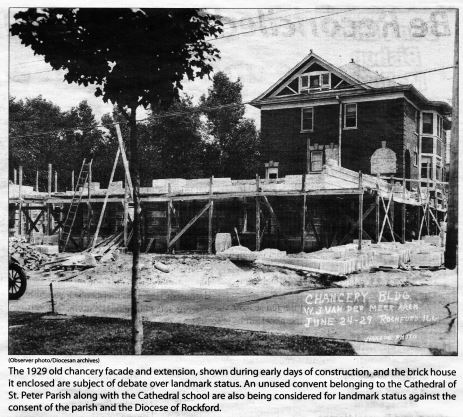 This photo in the April 5, 2019 issue of The Observer, shows a 1929 photo of the building which was enclosed in half of the Chancery Office as it was being built. 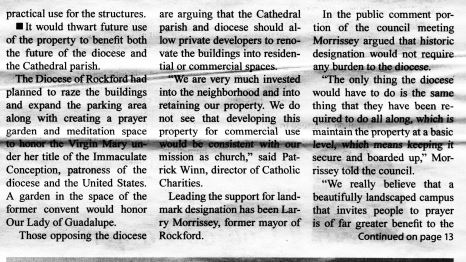 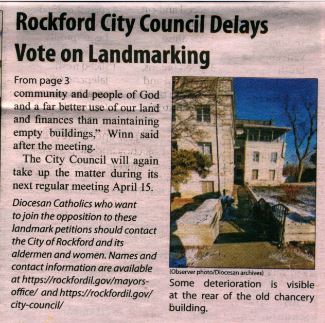 This article is from the April 5, 2019 issue of The Observer. Source: Jeff Aulik, who photograph and sent us the scan

The first Chancery office in Rockford was in the home of Rt. Rev. Edward F. Hoban, D.D., bishop of the diocese.  His home was located at 1704 National Ave.

The second chancery office, designed by architect Wybe Van Der Meer, was at N. Court and Summer Sts., by the Cathedral of St. Peter. The address of the chancery was 1245 N. Court St., 1929

The fourth chancery office is the former Dean Foods technical center at 555 Colman Center Drive, from 2002 to present (2016).