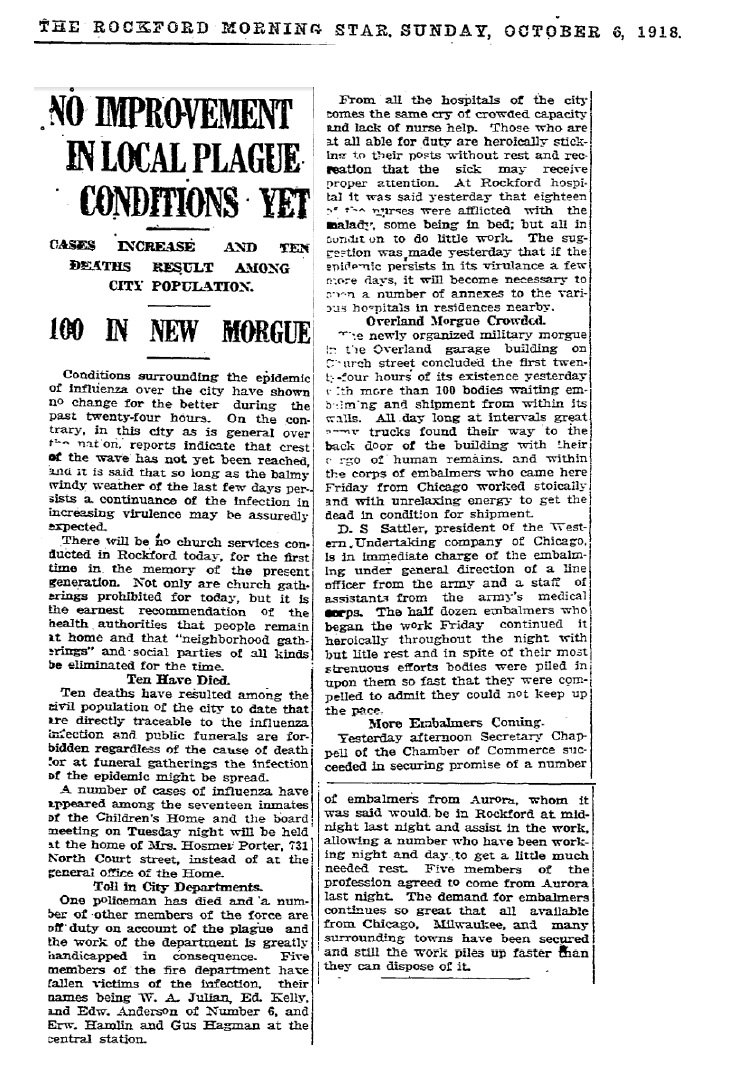 Brochure lists address as 1904 N. Main St. Same building now also uses Burton St./Fremont St. entrance and parking lot,   It began as owned by North Rockford W.C.T.U. and housed children, many who have been sick and unable to attend school, and are examined by a doctor and by a dentist.  The building was called Elizabeth McFarlane Home for Children and also as Childrens Home and Community House. Children come to the Home in a variety of circumstances, such as when the parents are separated, or one parent is deceased.  Some pay board.  Dependent children are sent by the court and the County pays for them.  Some children have been deserted by their parents.  Food and clothes are provided,  The home started with $10,000 the Beattie Sisters left to the Women’s Christian Temperance Union.  1800 persons a month was the “high” number of those treated. “The home is [also] used by people who want to leave their children while the mother is employed or aken to the hospital for treatment.”  “Those who are able, pay board.  There is a great deal of charitable work done.”  The W.C.T.U. Unions of the state have responded very liberally with money, clothing, fruit and eggs. Clubs and societies have helped to support the home. The building has been called many names over the years, including the North Rockford Convalescent Home, which was used by adults recovering from surgery or illness.. According to Rockford Township Assessor’s website, the building now (2017) is 10 apartments.