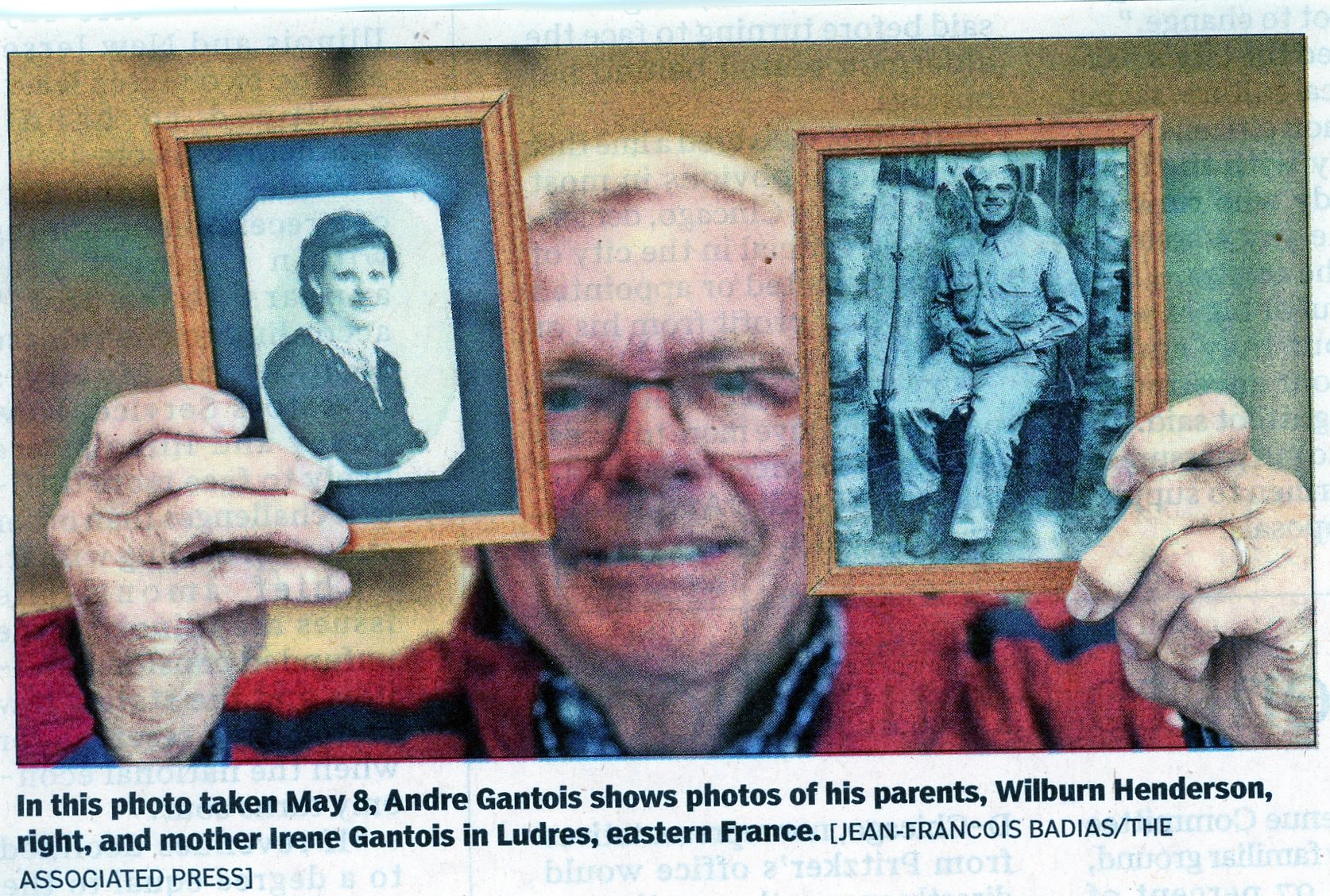 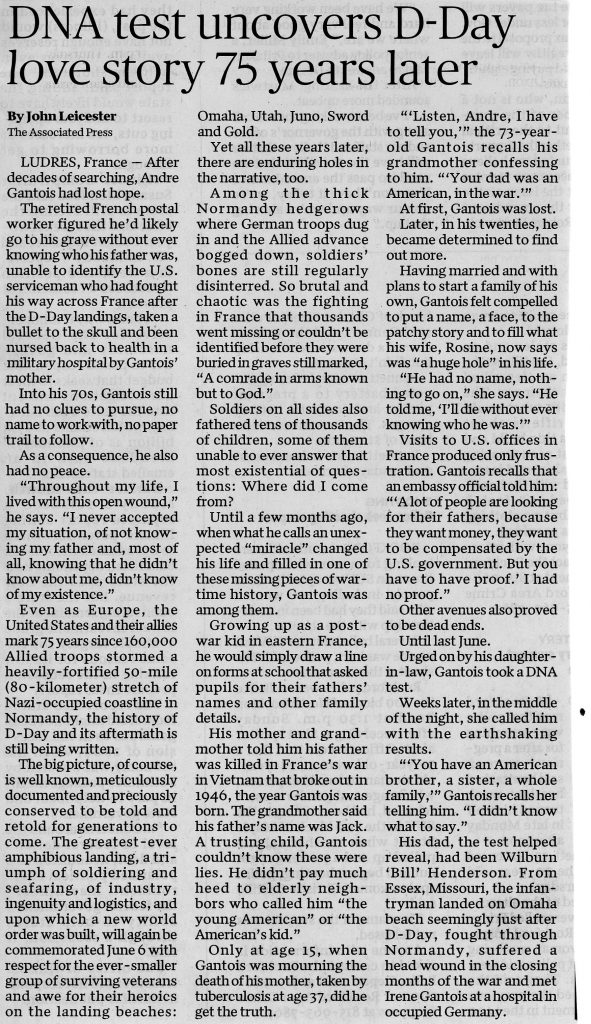 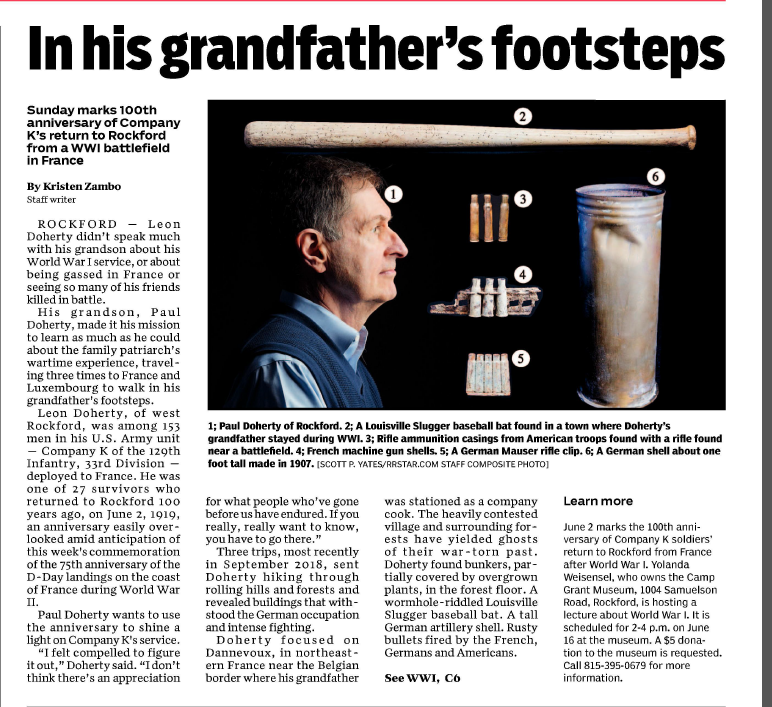 Paul Doherty’s mission is to learn as much as he can about his grandfather Leon’s WWI experiences to shine some light on Company K’s service.  He has made three trips to France and walked in his grandfather’s footsteps to discover many things about the way the troops lived while in this war-torn area of France and Belgium. 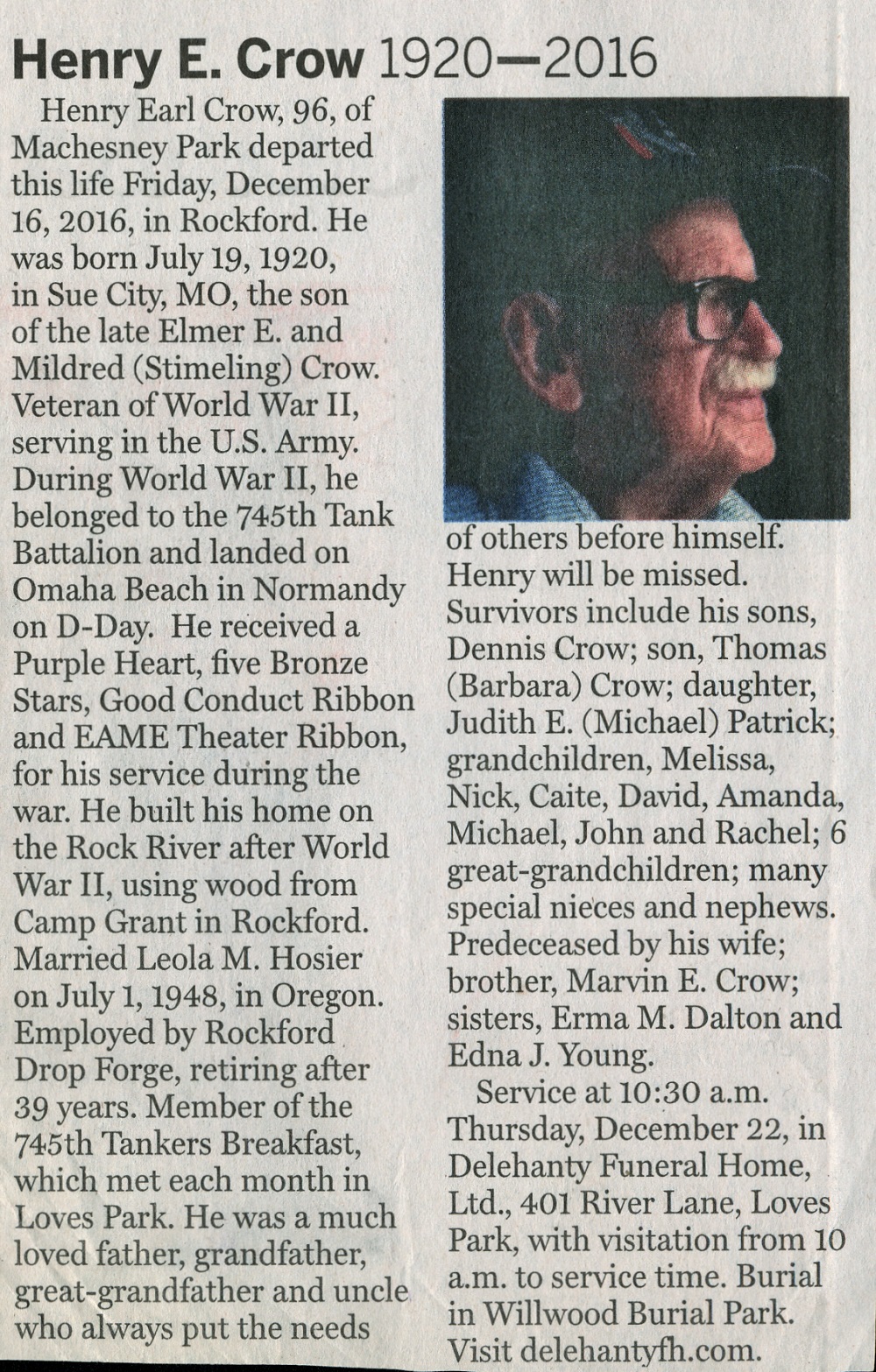 drafted by U.S. Army, landed on Omaha Beach on D-Day.  Served under General Paton recipient of 3 Purple Hearts, variety of other medals for valor and courage, died 1/22/2013 Rock City

photo with 2 other crew members

“D-Day Casualty Returns Home” first in Rockford to arrive home on leave.  Wife and son, 421 Sunset Ave., and parents Mr. & Mrs. W.E. Harmon, 219 Sanders, wearing the Purple Heart Medal, chief commissary steward on a navy transport vessel, surprised his family after a boat trip from England where he had been hospitalized since D-Day when his ship was torpedoed and set afire by a German submarine in the English channel. Harmon’s ship had made 2 trips to the French Coast with invasion forces and was on the third. Harmon lay in the channel with life preserver for 5 hours before rescue. He lapsed into unconscientiousness in the water and awoke in England. Harmon said it took him 3 days to get warm after he entered the hospital. The submarine attack occurred at 3:00 a.m. on D-day. Harmon will report at New York for reassignment after his leave. he enlisted in the navy Aug. 1, 1942. He is a Rockford high school graduate.