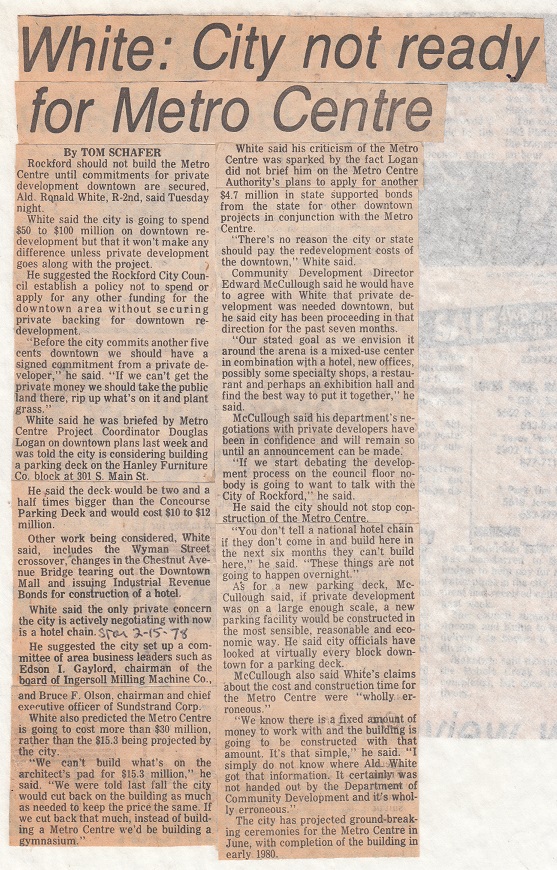 “Symbol” was later relocated to the Sinnissippi bike bath. The cement mall was removed, but was great during On the Waterfront, for a place downtown employees (open to everyone) could listen to Park District music performances while eating lunch. It was great for New American Theatre audiences who wanted fresh air or to smoke, or to go to JR Kortman’s after a show. New American Theatre is now the Rockford Public Library’s Nordloff Center.  Busch Jewelers, shown on right side of pictures, has relocated near Cherry Vale Mall. The building on the corner, 201 West State St,, was Four Squires Menswear until 1977, which closed in 1977 and sat empty until 1994 when it became a Kinko’s, and in 2000 a military recruiting facility. Preparing Main St. for a downtown mall in 1974.  Store at photo right is D.J. Stewart’s.