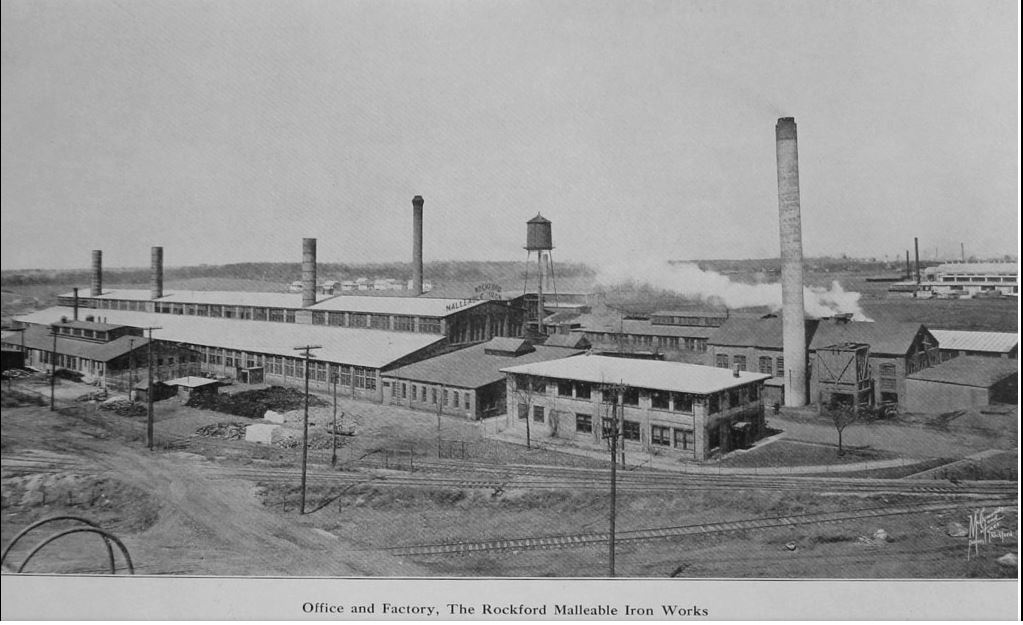 Founded in 1854 as Duncan Forbes and Son; in 1890, the name was changed to Rockford Malleable Iron Works; in 1932, the name became Gunite Foundries Corp. The company is still in business at 302 Peoples Ave. [Cars are parked with Skyrise Apts., immediately south of the house at 841 No. Main St.] Double Garage but no apparent access. No dock or boathouse. (2011) The home on the photo right is at 945 No. Main St. and belonged to the Forbes family (Harry then Duncan Forbes) before becoming University Club.

The house at photo left at one time housed the Sherratt’s, and from 1903 – 1914, when the photo was taken, belong to John V. Petritz, president of Rockford Brewing Co.