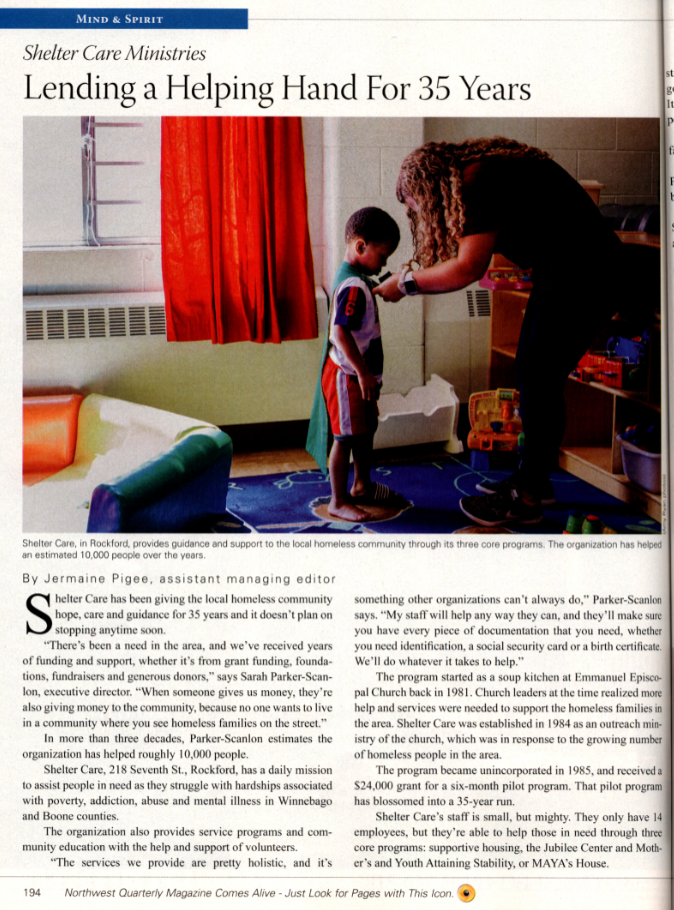 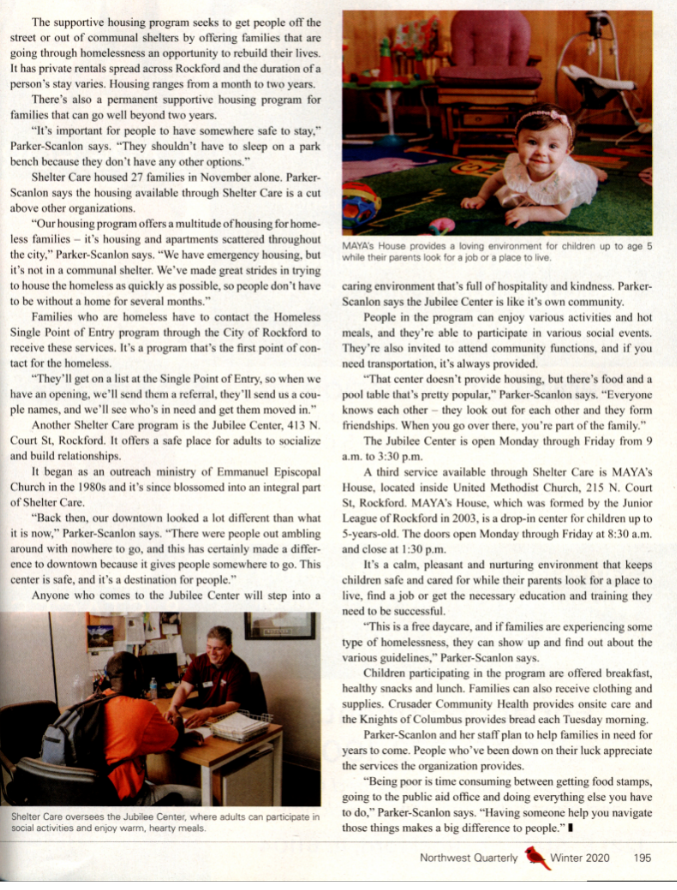 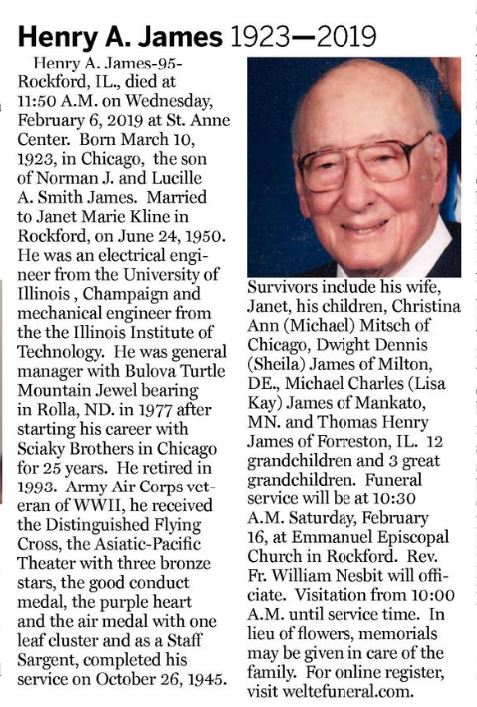 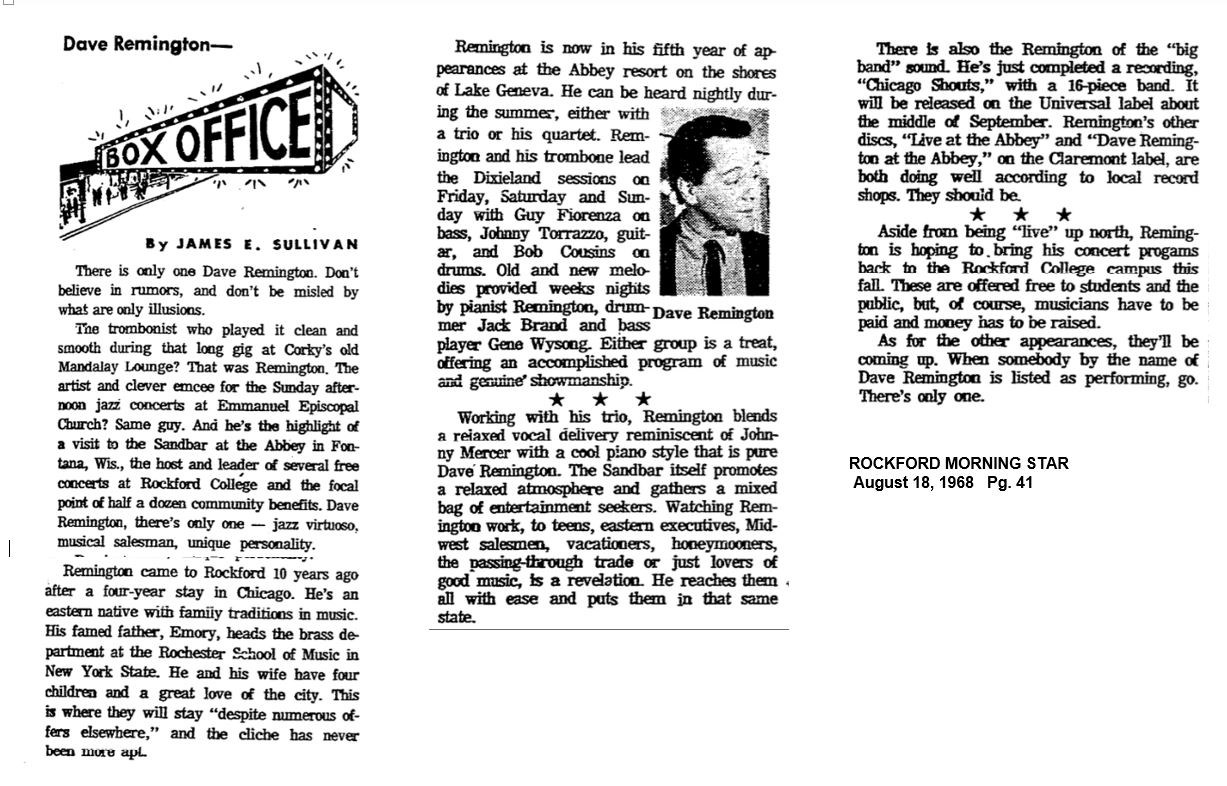 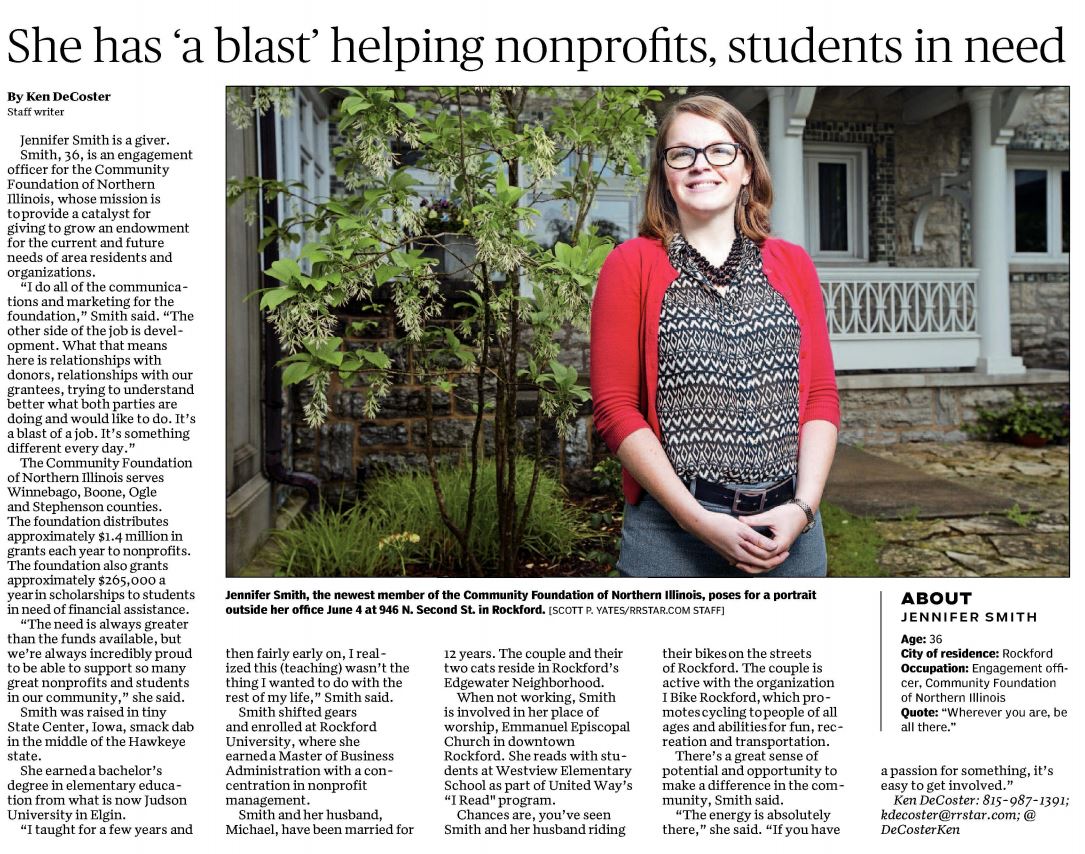 Mrs. Emily Mary Linette Young Witherell, 78 years old, widow of Henry A. Witherell, died Sunday at son’s home son: B.F. Witherell, 816 Douglas St.. She had been in failing health since both arms were broken in a fall. Born in Malmburg, Willshire, England, April 1, 1851 to Philip and Mary Jane Cook Young. Came to this country in infancy with her parents who located at Warwick, Massachusetts. She was married in Chicago, January 1, 1870. She had resided in Rockford 40 years. Her husband died in Nov of 1917. Besides son, she is survived by a daughter, Mrs. R.D. Trenholm, Rockford. Also survived by a sister, Mrs. John Higgins, Chicago and a brother, Geln D. Young, Grand Rapids, Michigan.  Member Emmanuel Episcopal Church, Woman’s Relief Corps of G.L. Nevius Post No. 1 Grand Army of the Republic and of the “95” Club. Funeral services at Emmanuel Episcopal Church, burial at Warwick, Mass

“Pneumonia Fatal to W.B. Barbour At The Age of 72” of 612 North Main St., died after one week illness of Pneumonia. Born in Ireland in 1848, came to Rockford at age 10. Entered the employment of Charles W. Brown and Harry N. Starr in dry goods store. He and his brother, the late John C. Barbour succeeded Brown and Starr in business. He was business manager for Forest City Baseball Club. On Nov. 17, 1873, at Janesville, Mr. Barbour married Miss Gertrude Helen McKee. Two children, plus two nephews and for many years was warden of Emmanuel Episcopal Church