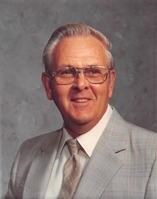 William J. McHoes 1940—2020
Age 80, of Monroe, WI died on Friday, December 4, 2020 at his home. Bill was born on January 27, 1940 in Freeport, IL, the son of William B. and Irene (Rodewig) McHoes Bauer. He graduated from Freeport Aquin High School in 1958. Bill was stationed in Germany and earned the rank of spec 4 while serving in the U.S. Army from 1958 until his honorable discharge in 1961. He married Barbara Abey in 1961. Bill and Candace DeRemer were married on March 17, 1998 in Monroe. Bill worked at F.W. Means and Ajax Laundry in Rockford for several years. He purchased Monroe Laundry in 1971 and along with his brother established B & B Towel service in 1972. Bill started Cadiz Hills Campground in 1977 and later Cadiz Hills Antiques. He was a former member of the Freeport Eagles Club.
Bill is survived by his wife, Candace McHoes of Monroe; three sons, Steve (Tracy) McHoes, David (Christine) McHoes, and Mark (Jennifer) McHoes; two step-sons, Alexander (Anne) Oestreicher and Zach (Sara) Oestreicher; seven grandchildren; eight great grandchildren; and his brother, Robert (Bonnie) McHoes. He was preceded in death by his parents; step-father, Clifford Bauer; and a niece, DeeAnn Cass.
Per Bill’s wishes, cremation rites will be accorded and no services will be held. The Newcomer Funeral Home, Monroe, is assisting the family. Condolences may be shared at www.newcomerfuneralhome.net
Source: Published in Rockford Register Star from Dec. 7 to Dec. 9, 2020, as found on Legacy.com