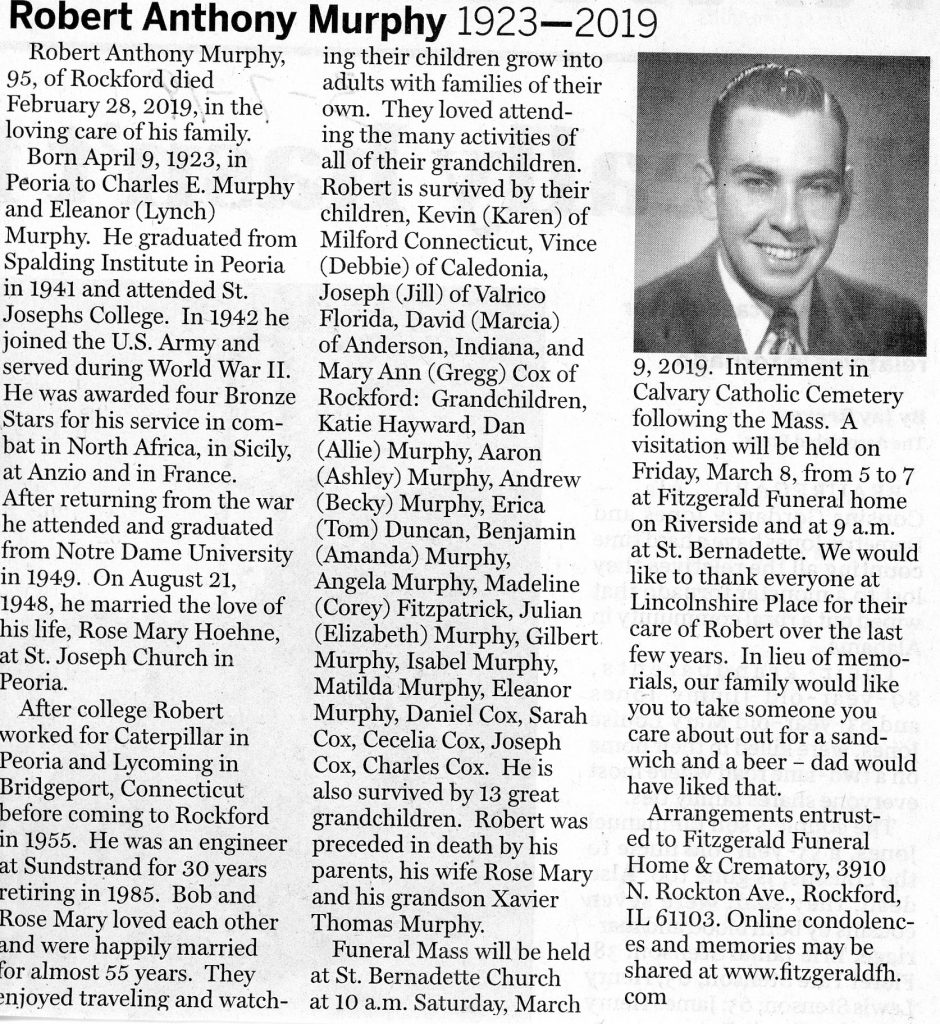 “Veterans Day 2014: Remembering ALL Those Who Served”     by Robert Randall Ryder

Grew up on an onion farm two hours outside Boise, Idaho

deployed to England and then to North Africa, as part of the 2nd Fighter Squadron, 52nd Fighter Group

then to Medina, Italy and given a P-51 Mustang to fly

Became a dental surgeon and practiced for 53 years in Chicago

U.S.N.R. veteran of WWII, Ralph proudly served his country from 1941 to 1945 on the USS Ancon, flagship of the Naval Amphibious Corps of the U S Atlantic Fleet for the invasions of North Africa, Sicily and Salerno, Italy, and Omaha Beach on D-Day; and later on the USS Fergus which landed troops on Guam, Saipan, Einewetok, and Hokkaido for the surrender of Japan, 1945.