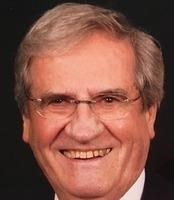 Howard Lanphear 1924—2020
Howard David Lanphear, age 96, of Madison, Wis., was welcomed home as a good and faithful servant by his Lord and Savior on Thanksgiving Day, Nov. 26, 2020. He was born in Sonnette, Mont., on June 29, 1924. He was a graduate of Seattle Northwest Bible College (Valedictorian) and the University of Wisconsin-Madison, MSSW. He married Lilly Oberg on Aug. 28, 1948, and they served the Lord together for 72 years.
Howard was a hard worker with a servant heart. He served his country during World War II with the 56th Troop Carrier Group as an aerial engineer in the Pacific Theater. Howard was an avid learner. His love of history prompted him to take classes on Russian history and study and tour several Civil War sites. His skills in building design, construction and planning enabled him to lead congregations in Airway Heights and Vancouver, Wash., and Madison, Wis., through new church building projects.
Briefly stepping away from his pastoral duties, he continued to care for others in his role as Director of Social Work at the Sauk County Health Department. Late in life, his obedience to the Lord’s calling led him and Lilly to First Free Evangelical Church in Rockford, Ill., to serve as an Associate Pastor, from where he officially retired at age 80. His ability to share God’s word was truly a gift from God. Early messages he gave were broadcast Sunday mornings on Madison’s Christian Radio Station WRVB 102.5 (now WNWC).
Howard’s favorite hobbies were travel (he and Lily made trips across the country and to Sweden), stained glass work, and spending time with his grandchildren. There was no more ardent supporter than “Pop Pop.”
Howard is survived by his wife, Lilly; children, Linda (Bill) Lehman, Bradenton, Fla., and Dave (Sue) Lanphear, DeForest, Wis.; six grandchildren, Ben (Sophia) Koerner, Aimee Koerner, Jana (Todd) Lake, Andrew Lanphear, Ryan (Megan) Lanphear and Tyler Lanphear; nine great-grandchildren, Malyn, Jaicee, Devyn, Vivienne, Benjamin, Branden, Andi, Caroline and Henry; and nieces and nephews. He was preceded in death by his parents; and his three brothers, Leonard, Richard and Phillip.
Special thanks to the staff at Oak Park Skilled Nursing and Agrace HospiceCare. Memorials in Howard’s honor may be sent to Bethany Evangelical Free Church, or Agrace HospiceCare. Online condolences may be made at www.gundersonfh.com.
Source: Published in Rockford Register Star from Dec. 5 to Dec. 7, 2020, as found on Legacy.com

served in the U S Marines in the Pacific Theater in WWII died 8/19/2012, Lake Summerset

“Hid His Purple Heart While Home on Leave” Mr. and Mrs. Clarence Nelson, 2821 Kinsey St. received a telegram from the commandant of the   marine corps stating that their son had been wounded in action.  Their son had just left for his new assignment after visiting home on furlough  following 27 months combat service in the Pacific. Wounded July 9 on Saipan; gunshot wound in right hand. The 23-year old veteran of the fighting on Tulagi, Guadalcanal, Tarawa, Saipan and Tinianis now on guard duty at the Brunswick, Maine naval airbase. The young marine was employed at Rockford Fiber Container prior to entering the service January, 1944